The study was published in JAMA Otolaryngology-Head & Neck Surgery in September 2017. The analysis was supported by the National Center for Advancing Translational Sciences at the National Institutes of Health (NIH) and the Claire Giannini Fund.

The researchers looked at data from 7,036 participants across the country. Data was from four cycles of the National Health and Nutrition Examination Survey (NHANES), a survey that broadly represents people in the U.S. The NHANES data was collected by the National Center for Health Statistics, which is part of the Centers for Disease Control and Prevention (CDC), and was partly funded by the NIH’s National Institute on Deafness and Other Communication Disorders (NIDCD). 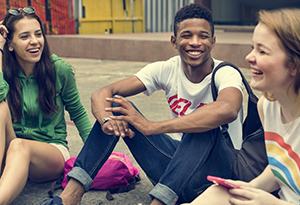 The survey asked participants about noise exposure and hearing loss symptoms. The NHANES also used a hearing test to measure hearing problems at different frequencies, or pitches, of sound. While there is no perfect way to pinpoint hearing loss from excessive noise, researchers look for “notches” in the hearing test—dips in the ability to hear certain frequencies—as signs of possible NIHL.

The results are consistent with findings reported previously by other researchers that showed slight increases in the percentage of teens with signs of NIHL from 1988-2004 to 2007-2008, based on the NHANES data. This had led some researchers to think NIHL was becoming more common in teens. The latest study, however, found that the prevalence of NIHL dropped in 2009-2010, indicating that there was not a consistent increase or decrease in NIHL in teens between 1988 and 2010.

Previous research suggests that people with noisy work environments and people who use firearms are more likely to have signs of NIHL. When researchers here found that the likelihood of teens experiencing these factors did not change over time, it made sense that the prevalence of teens with signs of NIHL also did not change.

The researchers also looked at factors that affect the likelihood of hearing loss in general. They found that people with a history of ear infections, males, and people of lower socioeconomic status were more likely to show signs of hearing loss.

Preventing NIHL is a priority for the NIDCD. The Noisy Planet campaign, operated by the NIDCD, aims to prevent hearing loss in young people and teach them healthy hearing habits for life. People of all ages can protect their hearing by:

To learn more about how noise can damage hearing, visit: 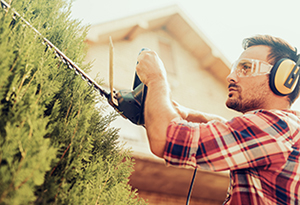 A 2017 study of U.S. adults shows that—based on features of their hearing test results—nearly one in four has signs of possible hearing loss from noise.