In 2008, to raise awareness of the importance of preventing noise-induced hearing loss, the National Institute on Deafness and Other Communication Disorders (NIDCD) initiated the It's a Noisy Planet. Protect Their Hearing® (Noisy Planet) campaign, which targets preteens, parents, and other adults engaged in helping children adopt healthy hearing practices.

Recommended practices for preserving hearing are summarized in the campaign's key message—Turn it Down, Walk Away, or Use Hearing Protection. Noisy Planet maintains a website and a Facebook page to disseminate information. The campaign also distributes copies of more than 20 publications and uses exhibits, sound level meter demonstrations, and interactive presentations to educate preteens and their parents on how sound can damage hearing and how noise-induced hearing loss can be prevented.

The NIDCD wanted to know who was using Noisy Planet resources, whether the campaign was reaching its intended audience, and whether it was achieving its objectives. This information is crucial in making decisions on improving Noisy Planet efforts. In 2012, the NIDCD contracted with NOVA Research Company to conduct an evaluation of the Noisy Planet campaign.

The evaluation focused on four activities:

In addition, the evaluation includes information gathered from focus groups and usability tests for the Noisy Planet website. These complementary efforts were conducted by other contractors.

Data from the two surveys, web traffic analysis data, and numbers of people involved in NIDCD outreach efforts point to the conclusion that the Noisy Planet is effective in reaching target audiences. Large numbers of parents and other adults have been reached, and most have shared the information they found with preteens. A majority (more than 80 percent) of those who ordered materials said they had used them, and 57 percent had used them specifically to encourage healthy hearing practices in preteens.

Available data for 2012 on the potential reach of Noisy Planet outreach activities indicate that more than 6 million U.S. citizens may have been reached with Noisy Planet messages through a mix of broadcast media, social media, conferences, material dissemination, and other mechanisms. A snapshot of the reach is shown in the figure below.

Based on the evaluation, several recommendations for improving the Noisy Planet campaign from a variety of perspectives are offered: 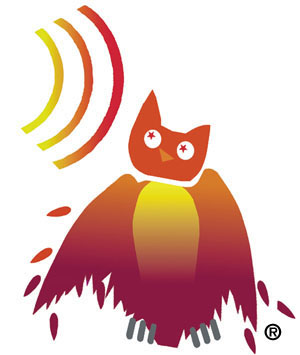 A 2006 evaluation report for the WISE EARS! campaign, which includes key recommendations that led to the development of the Noisy Planet campaign.