Are Hybrid Cars Too Quiet?

You may know someone who drives a hybrid car. Hybrid cars use less fuel and help cut air pollution. They also have super-quiet engines. When a hybrid car drives down the street, you might not hear anything at all! Some people worry that these cars are too quiet, especially when they’re moving slowly, which could make them dangerous to pedestrians, including children and people who are blind or distracted. 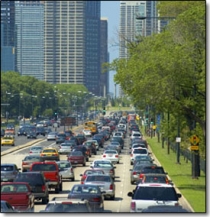 One study showed that blindfolded people could hear a regular car coming when it was 36 feet away (picture six grown men lying head-to-toe on the ground). If you can hear a car coming from this far away, you usually have time to move out of the way. The people with the blindfolds didn’t hear a hybrid car, though, until it was 11 feet away. At that point, the car would be very close to you, leaving less than 2 seconds for you to jump to safety.

Some researchers now think that these cars should have noise added in. It might be the familiar vroom of a gas engine, but it also could be a very different sound, sort of like a ring tone for a car. It would probably be safest if these “car tones” sounded car-like, but it’s fun to imagine a car sounding like a barking dog, an ice cream truck, or a smoke alarm. What sound would you choose for your dream car? 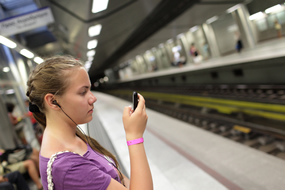 Where a Bird Lives Affects How High Its Pitch Is

Birds living in cities sing with a higher pitch than those living in wooded area as a result of the physical structure of cities—the way buildings, streets, and houses are set up.